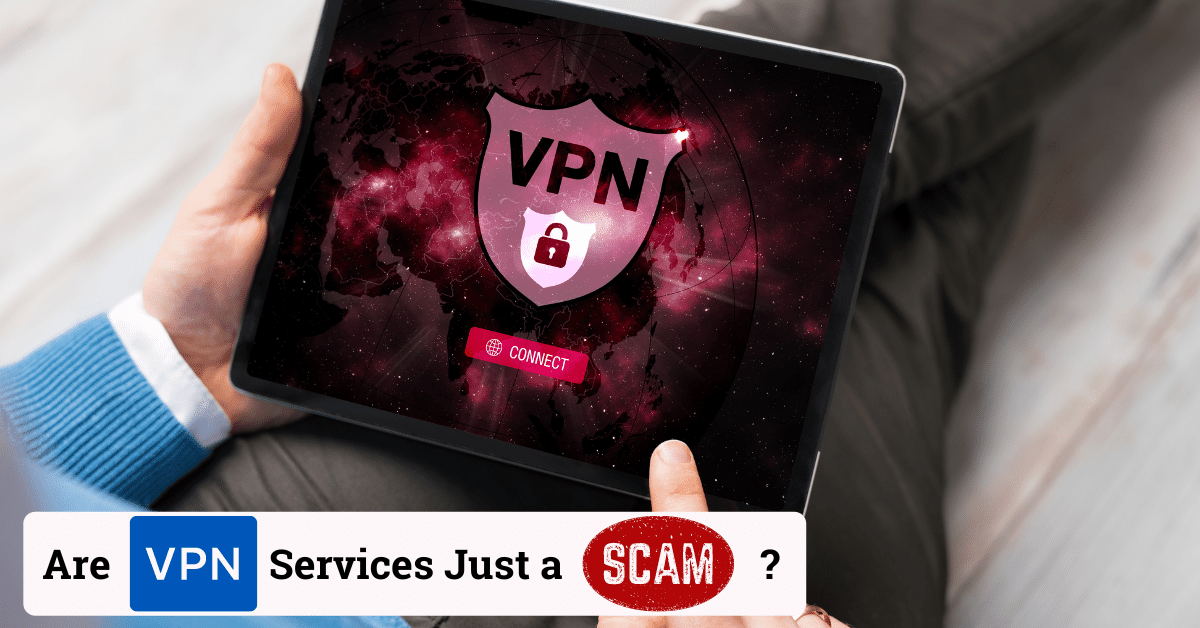 I and many others have probably used a VPN for two reasons: to get around a geo-filter to watch restricted content or protect our privacy. Although they are instrumental, they don’t come without legal risks and potential scammers. Realistically, are VPN services just a scam?

VPN services are not all scams, but several free VPNs have scammed users by stealing their bandwidth or selling their data to third parties for advertising. Free VPNs have promised “no-log” policies but leaked more than 1TB of data onto the open internet.

The world of VPNs has many technological and legal nuances that can have a tangible impact on how you access the internet; you must understand what you’re getting yourself into before committing to using a VPN!

Are VPN Services Just A Scam?

Although VPNs promise to keep our browsing habits anonymous, the truth is that several VPN services have come under fire for not following through with this promise. Does this mean your VPN is untrustworthy? Knowing for sure helps a great deal to understand how a VPN service works.

The aim is to connect to a virtual private network (VPN), which links you to the rest of the internet. Except if you’re using a VPN, your ISP (Internet Service Provider) can’t know which sites or services you’re utilizing.

VPN providers promise to preserve users’ privacy by adhering to a strict “no-log” policy, which means they don’t track which websites you visit.

For a VPN to work and perform effectively, some logging is required; the service must know IP addresses to determine where data should travel.  As a result, the essential question is whether these VPNs log no more data than required and delete their logs once data transfers are over.

A VPN, like your ISP, may theoretically see anything you’re doing that isn’t encrypted. It contains information on not just the sites you’ve visited before but also precise characteristics of the device you’re using, in addition to the contents of your unencrypted messages.

Even if you enable VPN encryption, the VPN provider will still log the websites you visit. So, how do you know where to put your faith? The reality is, you’ll have to put your trust someplace, much like embarking on a commercial airline and thinking you’ll make it through.

Can You Trust Free VPN Services?

Despite the allure of receiving a free service, free VPN services should be avoided if at all feasible. Advertisements support many free VPNs, and although they are okay for getting over a geo-filter, trusting them to keep your data safe, secure, and hidden is immensely difficult.

Running a VPN service is expensive. Many free VPNs aren’t above selling your browser data to other parties to provide relevant ads, which are more profitable than untargeted ads.

In actuality, numerous free VPN services that claimed to have a rigorous “no-logging” policy spilled a staggering 1TB (terabyte) of activity data into the open internet in 2020, causing a major scandal.

Another famous free VPN sold its customers’ bandwidth a few years ago. In other words, many people’s PCs were being utilized as a part of a malware botnet without their knowledge. Remember that a “free” service is never actually free, and dealing with one that may violate your privacy is a terrifying prospect.

In 2019, there was a Facebook controversy in which a VPN convinced users to install a VPN on their mobile phones in return for money to track their activities. The VPN acquired access to a great deal of sensitive information, putting every user at risk.

Can You Trust Paid VPN Services?

Paid VPNs are unquestionably safer than free VPNs, and using one might provide you with more peace of mind. On the other hand, a paid VPN does not always imply a wholly secure and impenetrable service.

Take some time to review a VPN’s available policies before billing your card; search for one that includes external, third-party audits. A reputed VPN firm will hire outside auditors to assess their privacy policies. Naturally, it would be wise for the auditing firm to disclose it rather than the VPN provider.

It’s also important to investigate if a VPN you’re considering has been ordered to pass over logging data by federal officials. VPNs have been accused of professing not to monitor any activity but yet handing over enough users logs.

Check if the VPN’s country of origin has data retention rules; they may have no option but to track users’ activity. Consequently, before attempting to use a VPN, make sure you have a thorough grasp of the legal guidelines and regulations.

For example, mandatory logging regulations are well-known in France and Australia but not in Panama or Romania.

Some scammers wish to cheat people out of their money and data like in any market. Here are a few VPN-related scams:

When They Offer You A Lifetime Subscription

The price is so low that it piques your attention, but you should know that maintaining a decent, secure VPN service is not cheap. You may come across lifetime memberships offered as clickbait when surfing third-party websites. As a result, overhead costs make it impossible to offer you a lifetime subscription at such a low price.

Remember, it’s all about safeguarding your information. How much money do you want to put into your safety? The answer is probably higher than the lifetime subscriptions are being sold for on the scam sites.

When VPNs Ask For Your Personal Information

If a virtual ‘private’ network provider requests your personal information, it’s evident that it’s not as private as they claim. Scam VPN companies frequently prey on potential customers at the first hurdle, requesting a phone number or other personal information to acquire the program.

The only thing you need to ask yourself is: if reputable providers like ExpressVPN and NordVPN can operate without my data, why can’t this one?

The reality is that they can, and they want your information for various reasons, so don’t give it to them!

If something has a “VPN” label attached to it, it doesn’t mean it will enhance your privacy; take the initiative and research before deciding which VPN service to use.