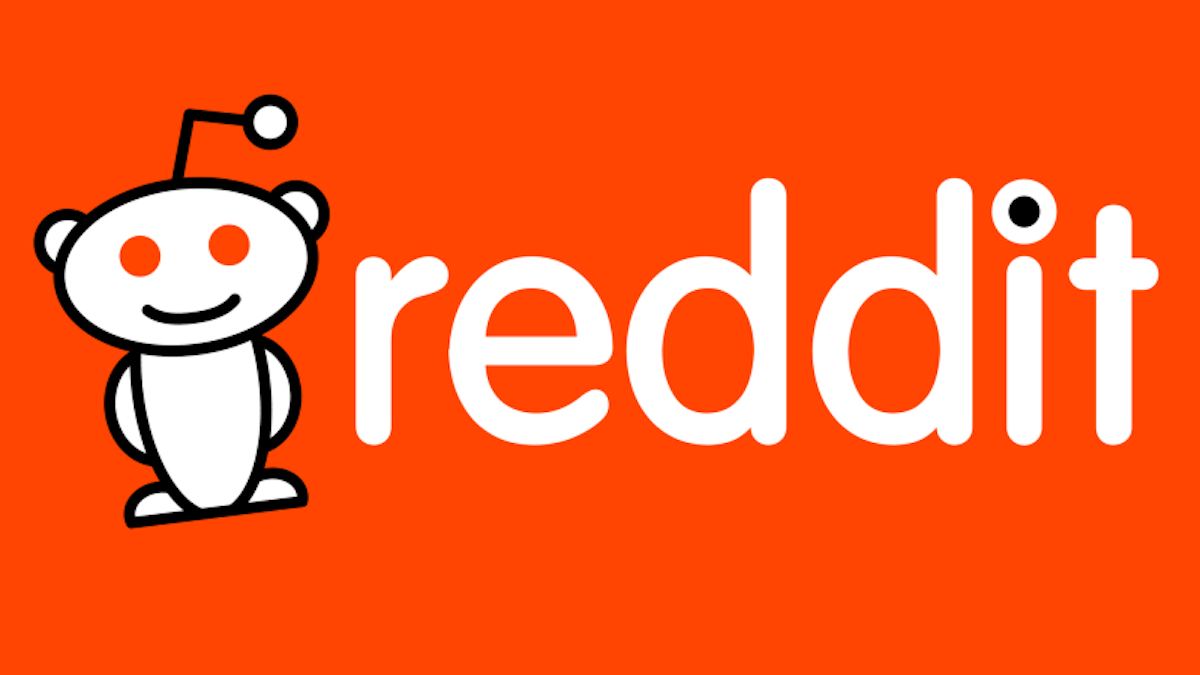 VPNs are becoming more and more popular among the general population for their ability to encrypt your online data, protect you from hackers, and keep your location private. The internet is full of reviews covering all the various VPNs.

But if you’re looking for the most honest opinions about the best VPN, Reddit is the place to go. Reddit users (Redditors) are famous for their brutally honest opinions and tips, and there’s no shortage of unbiased opinions of VPNs on Reddit.

Reddit VPN threads have a ton of information to go through, so we’ve scoured Reddit to find the best VPN Reddit threads to provide you with a breakdown of the top VPNs that Redditors love.

Reddit is one of the most popular sites in the United States (number six, to be exact), and it even boasts itself as the “front page of the internet.”

If you’re not already familiar with Reddit, it’s an expansive collection of forums that contain subcategories of communities called “subreddits.” These communities cover an endless array of topics. Users can share on any topic, and other users can then comment and give their opinion or insight.

Each of these subreddits starts with /r/, followed by the subject or topic. In the case of VPNs, you can find a ton of information under the subreddit, /r/VPN, and under variations of the topic, such as /r/VPNTorrents.

Many Redditors use virtual private networks and experiment with them for a variety of reasons. This fact, coupled with the tendency for Redditors to offer their unapologetic opinions at every turn, is what makes Reddit an excellent source for determining the best VPNs.

Redditors are also keen at determining internet trolls and paid accounts and are quick to cut them down when they push salesy or dishonest poorly-developed opinions. Reddit can be a treasure trove of brutally-honest, well-researched opinions of VPNs from experienced and knowledgeable users.

Browsing through Reddit threads, it becomes clear that the most critical things Redditors look for in a VPN are the server selection, speed, torrenting and the ability to unblock Netflix, and that there’s no logging.

Redditors often praise VPNs that have a long list of servers and locations. They value this factor because it gives them the option to choose from a wide variety of servers. If a company doesn’t have enough servers, things can get backed up, and speed will suffer.

Many Redditors also use VPNs for their ability to unblock Netflix and other geo-blocked content so they can enjoy streaming their favorite show with no restrictions. Many VPNs aren’t capable of unblocking Netflix and other streaming services, so this is an essential factor when looking at VPNs.

Redditors also look at whether a VPN supports torrenting and P2P sharing. Many Reddit users torrent often and therefore require a VPN that not only supports this but also has proven anti-logging policies and no DNS leaking. For instance, with one service, Avast VPN, Reddit didn’t like that they logged information, but they did appreciate the transparency.

Redditors will settle for nothing less than the expected features that most VPNs should offer, like secure encryption, DNS leak protection, shared IP addresses, and high-speed servers. But there are some unique features that users discuss more often than others in the best VPN Reddit forums.

For example, the ability to choose the VPN protocol you want is essential to many Redditors. The opinions vary on which protocol is best, so a VPN service provider that allows you to choose your protocol is a plus.

Redditors agree that a kill switch or firewall is very important, especially in the case of torrenting. Many VPNs don’t have the most reliable killswitch, so VPNs that do have a killswitch that works well will get extra points.

What is the Most Common Use of VPNs for Reddit Users?

Many Redditors use VPNs for P2P for safety and privacy reasons. However, it seems like the most common reason for using a VPN is for sharing and torrenting and for unblocking Netflix and other streaming services. Getting past geo-blocked content and IP restrictions in countries where there are strict regulations is another common use.

Other common uses include preventing Google and other networks from building a cross-platform profile on them. Redditors who travel a lot also enjoy the security of using a VPN when on unsecured public wifi networks.

When it comes to VPNs, anyone who is familiar with the concept will recognize big names like NordVPN, Express VPN, ProtonVPN, Surfshark, and Hotspot Shield. These VPNs have made a name for themselves, but what does Reddit think about them?

The comments for most of these big-name VPNs, like NordVPN, are primarily favorable. Redditors praise the speeds and the extensive network of servers that these companies have.

In fact, many Redditors will warn against using free VPNs or ones that are lesser-known and potentially unsecured.

Redditors like each of these VPNs for different reasons, and in fact, a few of them (NordVPN, ExpressVPN, and ProtonVPN) have made it into our top best VPN Reddit recommendations. We’ll save the details of those for later.

When asked what VPN Redditors use, these are the VPNs that pop up most often in the comments:

Redditors like these VPNs for various reasons, and these VPNs aren’t necessarily the best options. Some Redditors even strongly disagree with some on this list, but when searching through Reddit, these are the most popular and commonly discussed VPNs.

Redditors don’t always agree, but one thing that’s pretty unanimous across Reddit threads is that you should stay away from entirely free VPNs as they’re not safe or secure.

Redditors understand that in order for a VPN to be free (and we’re not talking about free trials or free tiers of premium VPNs), something has to cover the costs. Truly free VPNs often make up the cost of running their business by selling your information to third parties, marketing using your data, or displaying annoying ads and pop-ups.

That said, Redditors don’t necessarily want to pay premium prices; they like saving money and getting free stuff as much as anyone else. Redditors do recommend using free trial periods to feel a service provider out, and some service providers offer a free tier with limited data that you can use if you don’t have intensive needs for a VPN.

Because of this, there wasn’t a best free VPN Reddit could agree to recommend. However, Windscribe offers a free plan that is limited to 10GB a month, and many Redditors love Windscribe. We’ll provide you with more details in a bit.

If you want more options to consider, check out our list for the best free VPNs.

As far as cheap VPNs go, Redditors had a few recommendations:

Redditors recommended Private Internet Access, which has a very low annual price and fast speeds, but its software leaves something to be desired. The software may not be a problem for some, but it is something to consider.

ProtonVPN is another one that Redditors recommended. They have a cheap plan option with high speeds and secure features.

In another thread, Redditors hailed NordVPN’s cheapest plan as being the best for unblocking streaming above all others.

You can also check out our list for the best cheap VPNs for some more options to consider.

Now without further ado, we’ll give you our full in-depth list of the best VPNs, according to Reddit Users.

When it comes to NordVPN, Reddit users agree that it’s one of the safest VPNs and is probably the best option for streaming and bypassing geo-blocks. NordVPN has a strict no-log policy, uses military-grade encryption, and has an impressive number of servers across 59 countries. NordVPN is one of the only few services not blocked by Netflix. They also offer a 30-day money-back guarantee when you try their service.

When discussing the best VPN for torrenting, Reddit users agree that it’s a safe bet to go with the VPN that was designed with torrenting in mind. TorGuard supports torrenting and P2P file sharing on all the servers in its expansive network and is compatible with BitTorrent, Vuze, UTorrent, etc. It also supports port forwarding, which not all VPNs do.

With CyberGhost VPN Reddit users often recommend it for its high-security standards. CyberGhost uses AES 256-bit, the highest level of encryption possible, with a 4096-bit RSA key and SHA256 authentications.

This VPN is well-protected from hackers. They also automatically choose between a variety of security protocols for you based on the type of activities you’re doing.

It’s compatible with Windows, macOS, iOS, Linux, and Android, and it works with Netflix and other streaming services. With some of the lowest price options, you get a lot of value for your money.

When discussing Windscribe VPN, Reddit users are quick to suggest the free option that Windscribe offers. It’s limited to 10GB a month, but as far as free VPNs go, it’s probably your safest bet. Entirely free VPNs are notorious for being unsafe, but Windscribe is a premium provider with an excellent track record. The free version gives you unlimited connections and access to servers in over ten countries.

When it comes to ExpressVPN Reddit, users tote it as one of the fastest VPN options out there. ExpressVPN has a massive network of over 3,000 servers in over 90 countries and blazing fast speeds.

ExpressVPN is also a great option for unblocking streaming services and offers apps for multiple devices, even AppleTV and Playstation. They also offer a split-tunneling feature that not every VPN provides, so you can decide what traffic gets directed through the VPN and what to direct through the internet.

Redditors who are very privacy-conscious recommend Mullvad often for its anonymous accounts. With Mullvad, you’re assigned an account number, instead of providing a username and password or any other personally identifiable information. The account number method works by loading your account with the time that you’ve paid for.

Each account number will show the amount of time left on the account and a countdown. You can create as many account numbers as you like or even share your account number with someone else. Mullvad is one of the few VPN providers that accept cash payments, in addition to credit cards, PayPal, and bank wires.

While you should always do your own research on the best VPN, Reddit is a great place to get a second opinion. Reddit users aren’t easily impressed, and they’ll lay out all the pros and cons with no hesitation.

For streaming, it’s clear that NordVPN is a definite favorite of Redditors because of its ability to bypass geo-blocks with ease. ExpressVPN comes in as a close second.

When it comes to privacy, Mullvad VPN is regarded as the best for anonymity because it is one of the few providers that accept cash payments.

For the best price, ProtonVPN is the top-recommended choice. ProtonVPN offers low prices without sacrificing on speed, server options, or security.

And if you need a free and safe option, Windscribe has got you covered.