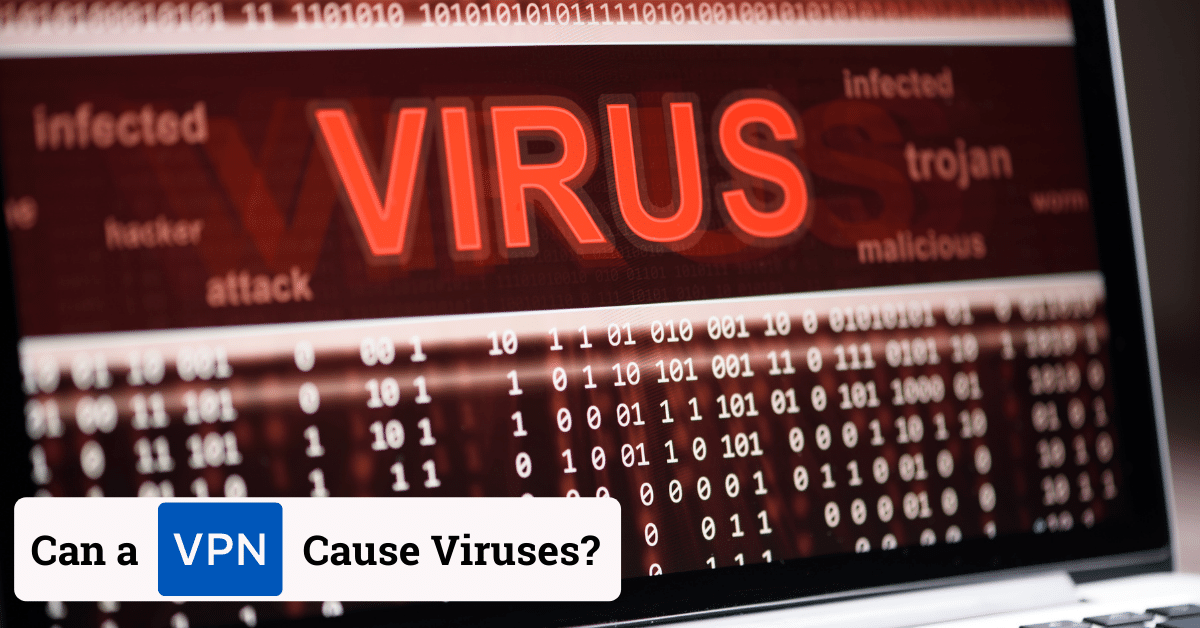 VPNs have seen a dramatic surge in popularity in recent years.  These days, browsing online can feel like taking a shower on your balcony in full view of everyone, so we have turned to VPNs as a shower curtain.  But are all VPNs safe, or are they just more peeping Toms?  Worse still, can VPNs infect your computer with viruses?

Not all VPNs are safe to use.  Free VPNs especially are often worse than using no VPN at all.  Many free VPNs track and sell your browsing data.  Some even infect your computer with spyware or be used by third-party agents to plant malware on your device.

VPNs can be fantastic, but they are also limited.  They are definitely not a silver-bullet defense against all online threats. Nevertheless, you need to understand what to look for to spot a good (and dangerous) VPN.

If the current information age had a motto, I believe it would’ve been, “if a product is free, YOU are the product.”  Unfortunately, this has become increasingly evident in recent years as companies like Facebook face controversy after controversy around their data usage practices.

Enter the age of VPNs.  As people have been increasingly concerned about what is happening with their online data, they have turned to VPNs in droves.

Just sit for a moment and imagine the potential profit if you had to offer these concerned users a completely free solution to their concerns.  You could then route all their data to your servers and sell that data yourself via a tiny hidden sentence in your terms and conditions.

If that sounds slightly evil to you, it should come as a shock that it is, in fact, a common practice among some free VPNs.

1. All Your Data Passes Through Your VPN Server

You should be concerned with choosing the right VPN because ALL your data passes through that server.  That’s how a VPN can protect you.  It routes all your browsing data through its server and encrypts it.  But, unfortunately, it is also how a VPN can abuse you.

Where you would usually split your data between, say, your banking site, your social media sites, your shopping sites, etc., in the case of a VPN, it’s all collected into one extremely tempting basket. So, yes, that should definitely concern you.

Free VPNs infamous for capturing all of your data include Hola VPN, VPN Book, and Opera VPN.

2. Some VPNs Will Plant Spyware And Adware

Because these VPNs now have the complete basket of all of your ensembled online data right at their fingertips, the next logical step is to monetize that data.  The obvious choice is to sell it to advertising companies and make a massive profit.

However, some VPNs will take it one step further and, instead of collecting your data on their server, they will plant spyware straight onto your device along with their install file and steal the data from your device.

While most data-retaining free VPNs will sell some of your data, VPNs that use spyware include OK VPN, IP Shield, and Easy VPN.

3. Some VPNs Will Use Your Computer As A Proxy

For some reason, this practice terrifies me.  An evil VPN could turn your computer into a proxy node.  Using (or selling access) to your computer as a proxy means that your computer essentially becomes the IP address for someone else using that VPN.

When you use a legitimate VPN, your activity is routed through their server and encrypted.  As a result, it is almost impossible to link your online activity back to your IP address.

Now imagine using a VPN, and all of your online activity becomes linked to John Doe’s IP address without his knowledge or consent.  Or worse, imagine someone engaging in illegal or downright nasty online activities and having it all linked to YOUR IP address.

If that thought terrifies you as well, steer well clear of Hola VPN who is known for selling access to your PC as a proxy to third parties.

4. Third-Party Downloaders Can Cause Viruses

The rule is, when you download a VPN, make sure that you avoid downloading it through a third-party downloader or installer.  Downloading a VPN, especially a free one, through a third party can install malware on your computer in the form of a backdoor attack known as a “Bladabindi.”

A recent documented case of this was through the free VPN, Windscribe.  A third party used a modified Windscribe downloader to install the backdoor on computers.  The attack can do everything from stealing user data and passwords to executing commands and taking screenshots.

If you hope to avoid these attacks, it is best to download the VPN straight from the provider’s website.

The Potential Danger Of Good VPNs

At this point, you should start coming to the conclusion that if you are looking for a good and safe VPN, the chances are that it is not going to be free.  You are better off paying for a product with your money than with your data.

One of the biggest dangers associated with VPNs is their potential to create a sense of complete and false security.  Even Nord VPN warns against the idea that a VPN is a complete-safety solution by itself, saying that it forms part of a toolbox that must work together.

This misplaced trust in VPNs has led to the belief that you don’t need antivirus software if you use a VPN.

A VPN’s job is to encrypt and redirect your data flow online.  In other words, a good VPN will protect your DATA, but not necessarily your device.  Your VPN can do nothing to stop you from downloading and installing malware from, for example, an infected torrent or email from a lost relative.

Furthermore, if your VPN server gets attacked and infected with malware, it will likely spread like a classic virus onto your device, and the only thing your VPN will be able to do is standby and watch.

Although some VPNs do have built-in features that will attempt to block known malicious websites, it is good practice to combine your VPN with antivirus and password protection software.

When considering a VPN service, you first need to look at its data logs and retention practices.  It’s best to pick a VPN that doesn’t log and retain your data.

VPNs will vary in the intensity of their activity logging, with some logging only basic information and others keeping a complete record of all of your online activity and log-ins.

A caveat with data retention is that some countries, like the USA, have data retention laws that mandate the collection of specific information and its retention for a specified period.  All VPNs with a license to operate in the USA must comply with this law, but that should be the only data they collect.

Secondly, do not touch any VPN that has any third-party agreements.  You can be certain they are selling your data or abusing it if they do.  So make sure to study the terms of use carefully and run from VPNs that mention third parties.

Finally, do some research on the track record of the VPN you are considering.  If a VPN has a history of malware attacks or data leakages, that’s your signal to move to greener pastures with better fences to protect you from wolves.

While a reputable VPN can be a fantastic asset to privacy and data protection, it is not a standalone solution.  A VPN’s job is to encrypt your online data, but it cannot protect you from viruses that infect your device through downloads or hacking attacks.

Bad VPNs will collect and sell your data.  Worse VPNs will even go so far as to infect your device with spyware and malware.  The worst VPNs will use your device as a proxy IP address for other users of the VPNs.  These traits are generally associated with free VPNs, which should be avoided.