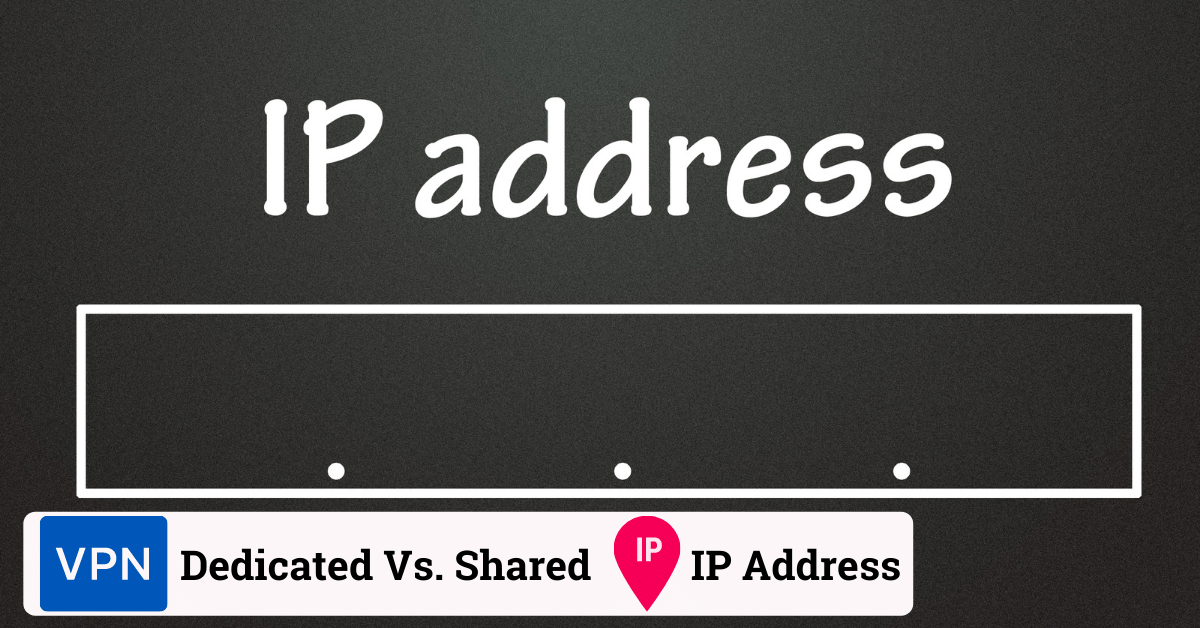 VPNs have a couple of add-ons available, and a dedicated IP address is one of the most important ones. So, what’s the benefit of paying an extra few dollars per month for it? How does it compare to shared IPs, and is it worth upgrading?

I’m answering all of these questions after this short verdict:

If you’re using a VPN for P2P, torrenting, streaming, or like to change server locations, you’re far better of using a shared IP, which is the default for all VPNs. If you need secure access to private accounts, banking, and other services and apps that frown upon everchanging IP addresses, a dedicated IP is for you.

What is a Shared IP?

VPN providers use shared IP servers as a default. Multiple users, often hundreds or even thousands, will share the same IP address when connected to the same server.

Shared IPs are definitely more prevalent in the VPN industry as they are much more cost-effective for VPN providers. It’s also called dynamic IP as it will commonly move locations (servers).

We already know that VPNs prefer shared servers because of how cost-effective they are. And easier to maintain. As they’re cheaper for the company that provides them, they are also cheaper for you. That’s why VPNs can cost as little as they do and offer massive savings for long-term plans.

Because you share the same IP address with potentially hundreds of other users, you are automatically more anonymous as you bury into the mass of other users. That’s ideal for P2P file sharing and torrenting as you’re more indistinguishable from others.

It isn’t impossible to track down a shared IP user, even if there are hundreds of others with the same IP. But the chances of doing it are considerably smaller.

With shared IP, you also have a much better choice of servers as they are the default for VPN providers. There are literally thousands of servers that you can choose from.

READ ALSO: Seedbox Vs. VPN (What Is Better For Downloads?)

The fact that you share your IP address with others means that you can suffer from the “bad neighbor effect.” Individuals often get punished for the acts of other people. It’s no different in the VPN world.

Between hundreds of people, there are sure to be some “bad” apples that download massive amounts of data, use Google excessively, or send spam mail, for instance. It doesn’t have to be a few individuals on a server that do this. It could also just be a cumulative effect of dozens of users that reflect on the whole group.

This could lead to seeing CAPTCHA form all the time or even getting blocked from using some websites, platforms, or services.

The best thing to do would be to disconnect from that server and find another, less crowded one. Or, you could get a dedicated IP if the issue persists.

What is a Dedicated IP?

A dedicated, static, or fixed IP address is unique to only one user and uses a server devoted just to one individual or device. It’s obvious why it’s a paid add-on as it requires more resources for the company to maintain it.

Not having to share an IP address with other users has its pros and cons.

Having an IP address that’s exclusive to you has its advantages. First and foremost, you aren’t suffering from the bad neighbor effect. You aren’t dragged down because of other users’ behavior.

You probably won’t get blocked by streaming platforms and websites if the IP address wasn’t already blacklisted before. You’ll also avoid CAPTCHA authentications as your IP isn’t triggering Google and other services.

A dedicated IP is also generally better for gaming as there are no shifts between addresses that can incur lag.

Banks might also get suspicious if your IP address keeps changing. With dedicated IP, you’re always in the same location. These are just some advantages of dedicated IPs.

Now, let’s move on to the disadvantages.

Generally, we tend to see two major drawbacks to dedicated IPs. They are a paid add-on to your regular VPN subscription. That means that you generally need to shell out between $1 and $10 a month. It won’t break the bank for most people, but it could be a dealbreaker for some.

Unlike a shared IP, a dedicated IP is unique to only you, and therefore, anything that you do online could be traced back to you and no one else. It’s highly unlikely, but given enough resources, it could happen.

Let’s see when we should opt for shared IP and when for static.

READ NEXT: The 6 Best Free VPNs For iPhone (A Complete Guide)

When to use Shared IP

Most people use this, and for 90% of folks out there, shared IP is perfectly fine. Sure, there might be some annoyances, but you can always try a different and hopefully less crowded server.

And yes, there are thousands of servers to choose from, and you aren’t stuck with just one server in one country.

That’s the reason why they’re better for streaming content and unblocking geo-restrictions.

When to use Dedicated IP

So, when do you move to the point of getting (and paying for) a dedicated IP address? Is it when you want to brag to your friends? Perhaps. But most likely, it’s going to be when you want secure and easy access to your private accounts. Mostly for business purposes like an office or remote worker access to company databases.

We learned that a dedicated IP is less likely to get banned because of the behavior of others, which is the case with shared IPs.

You are also much less likely to see those annoying CAPTCHAs thinking you’re a bot. ANd gamers that use a VPN will also benefit from using a dedicated IP. But now, the question arises, which VPN should you choose?

While many VPNs offer a dedicated IP as a paid add-on, below are the three best ones, in our opinion.

READ NEXT: VPN App Vs. VPN Router (What Will Work Better For You)

The Best VPNs With Dedicated IP

NordVPN is one of the most popular and most respected VPN providers available. There’s a reason for that as the company continually improves its product and service. Here are just some of the features that it offers:

NordVPN’s dedicated IP is only available as a paid add-on for $70 per year in the United States, United Kingdom, Netherlands, France, and Germany.

Find out more about one of the best VPNs on the market, NordVPN in our full review.

CyberGhost VPN is another major VPN player that offers various features, platform availability, servers, and price! Some of CyberGhost’s features include:

CyberGhost VPN dedicated IP offers a dedicated IP for an additional $5 per month in the following locations: USA, UK, France, Germany, and Canada.

Read more about this awesome VPN and what it can offer you in our full CyberGhost review.

PureVPN offers unique options that you won’t find on other VPNs and has a great selection of platforms it can handle! Pure VPN offers the following features:

PureVPN offers a Static IP VPN for only $1.50 per month, and its dedicated IP locations are:

All about PureVPN can be found in our full PureVPN review.