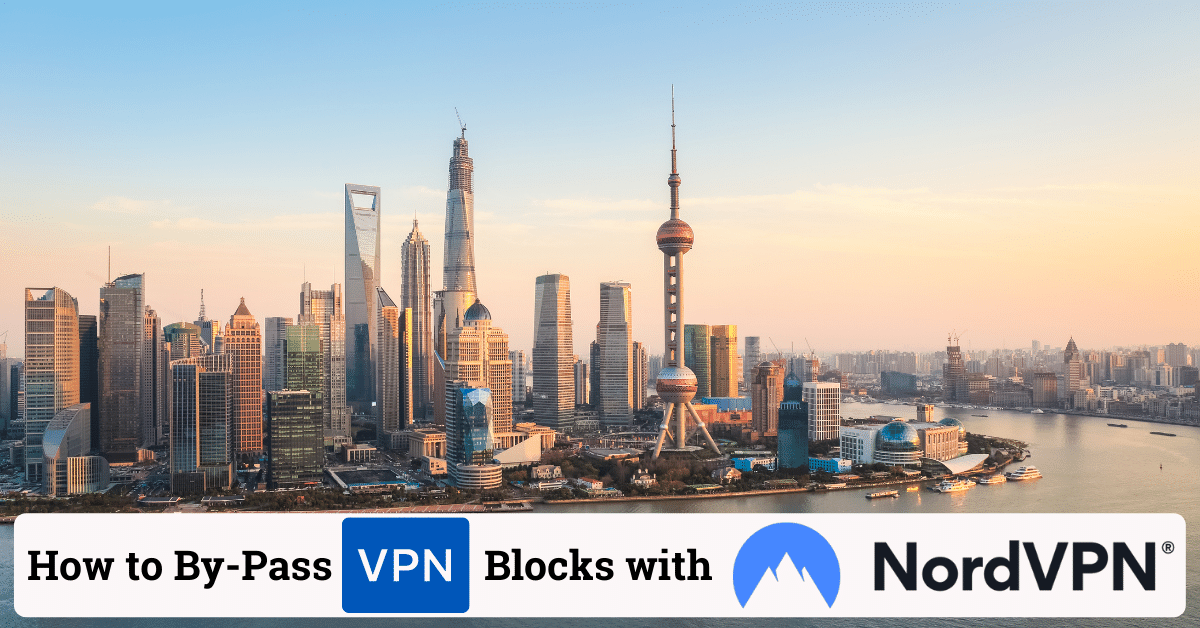 While I primarily use Facebook and Whatsapp to communicate online with friends worldwide, my friend in China finds it difficult to contact us due to the “Great Firewall.” As such, we looked into whether NordVPN works in China.

Although China has a ban on various VPNs, NordVPN is one of the few that provides unfiltered access to the internet despite China’s firewall. When using NordVPN, it is important to consider the package used and the settings of the app to allow fast and efficient access to banned sites.

To understand why NordVPN works in China, while most VPNs do not, it is important to understand the features NordVPN provides that allow access to banned websites and apps. These will be discussed, along with how to use NordVPN in China.

Why Does NordVPN Work In China?

The “Great Firewall of China” is an automated online security system established in China. The firewall’s purpose is to ban access to websites and apps that the Chinese authorities do not want people to have access to.

Furthermore, it scans content and conversations in real-time to censor any information or imagery that the Chinese government does not want people to see. This firewall operates via evolving AI technology and with manual intervention by moderators.

For an in-depth discussion on the operation, reasoning, and the content typically blocked by the firewall, the following link provides access to RealLifeLore2’s YouTube video on “How It Works: The Great Firewall Of China”:

These VPNs by-pass the firewall by hiding activity from surveillance and connecting to a virtual network to allow access to sites, apps, and content as if you were accessing the internet from a jurisdiction outside of China.

The problem is, is that most VPNs are free and do not come with the features needed to successfully by-pass the stringent firewall. As such, NordVPN as a paid service offers the following features which allow it to by-pass the firewall:

Let’s look at these features in conjunction with how to successfully use NordVPN while in China.

How To Use NordVPN?

The following steps are how to best use NordVPN while in China:

While the above may work, it is common that the firewall may implement further restrictions, as NordVPN is not one of the “approved VPNs” that China allows certain businesses and colleges to use.

Therefore it is important to understand how to use NordVPN’s Obfuscated servers and to troubleshoot any problems that may arise:

Obfuscated servers allow users to automatically connect to a server that masks the fact that you are using a VPN; however, these servers are not supported over routers and cannot be configured as such.

Should problems pursuit after connecting to an obfuscated server, it is advisable to try and connect to other ones, as the present obfuscated server may have been recognized and blocked by the firewall.

While it is not common knowledge how exactly NordVPN’s obfuscated servers work, while other servers do not, it is assumed it works by not only blocking a user’s ISP but it further disguises a user’s internet traffic to mirror regular HTTPS activity.

This, along with the fact that NordVPN has no servers in China, means that NordVPN does not comply with the Chinese regulations and legislation on data retention. This means the Chinese government cannot interfere with the service’s hardware.

Does NordVPN Work On All Devices?

At the time of writing, NordVPN does not allow iPhone/iMac users to access the obfuscated servers on the IOS version of the NordVPN app. Instead, IOS users have to manually configure an IKEv2 connection:

What Does NordVPN’s Kill-Switch Feature Do?

Even with the above steps and necessary precautions, the connection to websites, apps, and content may be unexpectedly disconnected.

This kill-switch operates automatically when a connection drops and is customizable by the user. The kill-switch feature means that your device will only stop sending data to certain apps but not others.

This allows for a download to continue uninterrupted while not exposing yourself to identification, allowing you to continue browsing and using a VPN upon the restoration of connectivity.

While it may initially seem difficult to access certain content in China, as seen in the above research and as used by own friends in China, NordVPN provides a fast, safe, and effective way of getting access to online content and by-pass the firewall.