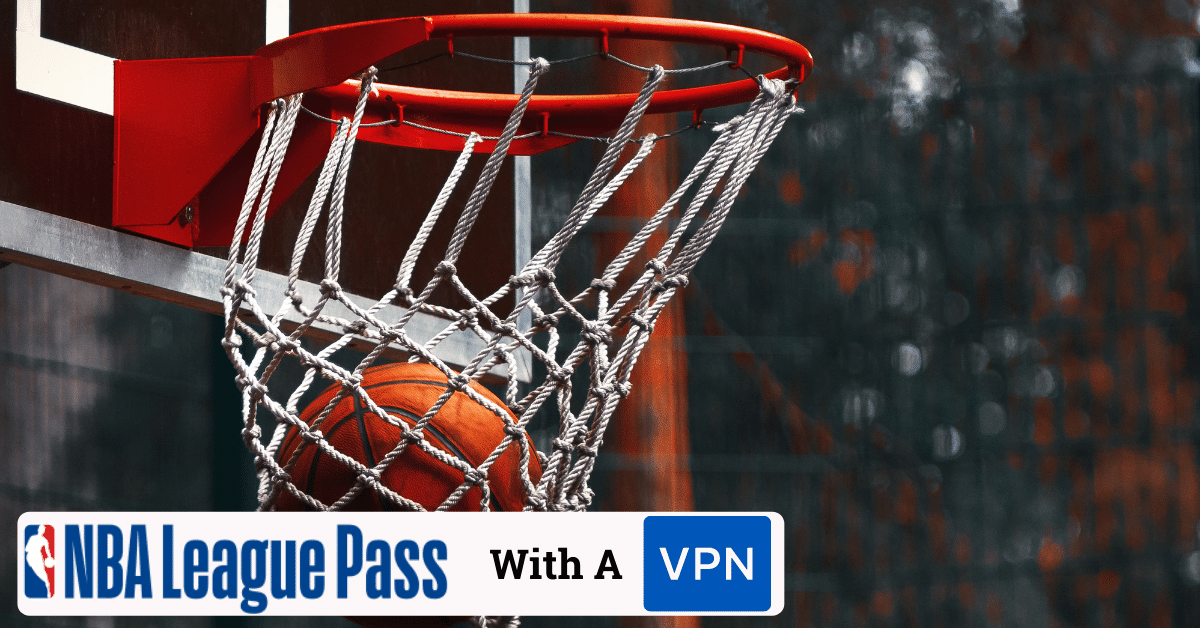 Why would you use a VPN to watch your favorite NBA games? Well, there are multiple reasons. First, and probably the most important reason is to bypass blackouts. Yup, blackouts are a thing and are more reminiscent of some other countries and not the “Land of the free”, yet here we are.

Another reason to use a VPN to access NBA League Pass is to get a lower price. Simply by choosing a server in a different country and signing up for the LP, you’re saving hundreds of dollars per year!

If you’re in a rush, here’s a quick version of the steps needed to watch the NBA League with a VPN and get the cheapest price:

The NBA League Pass, and other streaming services like Netflix, usually have different prices in different countries. As the purchasing power isn’t the same everywhere, the companies had to adapt and offer lower prices in India than here in the States.

If the price would be the same everywhere, i.e. expensive, NBA would sell hardly any League Passes in economically weaker countries. Offering fewer or no way to watch NBA games means there are fewer fans of the League and that’s not good for this global brand.

To get to the point, if you use a VPN and connect to a server in India to sign up for the League Pass subscription, you’ll get a real bargain.

An annual subscription fee is only 1500 rupees or around $20. A year! The eight-game package that lets you choose any eight games to watch each month is only 799 rupees.

Compare that to $28.99 (monthly) and $199.99 (annual package) that we’re paying. And remember, this higher price also includes blackouts! India, and other countries outside of the US and Canada, don’t have any such restrictions.

You don’t have to worry that entering your US billing information won’t work with LP in India. You won’t be blocked or be forced to use an Indian card. It will work as-is.

What is the NBA League Pass live blackout?

We’re talking about blackouts but some of you might not know what they even are. Simply put, if your team’s game is set to broadcast live on a local or national TV channel, the game won’t be available on your NBA League Pass or the NBA TV even if you have paid subscription and all.

Your location is defined by your IP address and/or your device’s location services (GPS).

If that doesn’t fair to you, well, it’s probably because it isn’t. At least in the consumer’s eyes. The NBA did sign exclusive broadcasting contracts with TV channels that have a non-compete clause that prohibits NBA from streaming these games.

How can you watch blacked-out games?

If you already have a League Pass but you want to bypass the blackout, the good news is that you can. Easily.

NBA blackout sucks but it’s a reality, unfortunately. There are a few choices though to watch even the blacked-out games on NBA League Pass.

For games aired locally, you can watch them on an RSN (regional sports network) in your area through cable, satellite, or a streaming service.

Nationally broadcast games can be viewed on TNT, ESPN, or ABC through cable, satellite, or streaming subscriptions.

So far, not ideal. With a VPN, you could watch all these blacked-out games even if you have a US League Pass membership. You just have to connect to a server outside of the US or Canada. Mexico is therefore your best choice as it’s still close to the US, making it the fastest.

How to Bypass NBA League Pass Blackouts on Mobile

Even if you have a VPN installed and turned on on your smartphone, the NBA games will still be blacked-out if you are using the NBA LP app.

The solution to this problem is to simply forget about the app and watch the games through your phone’s browser. It’s that easy.

The reason why the NBA LP app won’t work is that it validates your device’s GPS data. Even when you use a VPN to hide your IP address, the NBA League Pass will identify what your real location is by checking your phone’s GPS information.

You’d have to spoof your GPS data to fool the app. You can use Surfshark, the only VPN app with this feature. There are also specialized apps for GPS spoofing on Android, and on iOS, you have to jailbreak the phone to spoof GPS.

To recap. On mobile, use a VPN app and browser to access NBA LP or use Surfshark VPN app to spoof GPS and access NBA League Pass on the app.

READ NEXT: Why Are VPNs So Popular (The 10 Reasons)

How to Use a VPN

If you’ve never used a VPN before, know that using a VPN is exceptionally easy. The top VPN brands have developed their apps to be beginner-friendly and intuitive.

Many of these VPN apps even offer a ‘quick connect’ feature that finds the best available server and automatically connects you to it. Let’s quickly break down how to use a VPN, step by step.

Set up an account and download and install the apps you need on your devices. Every operating system these days is covered by a VPN app, and every major VPN provider has apps for Android and iOS.

If there’s another device that you want to protect with a VPN but doesn’t have a native app – such as gaming consoles, TVs, or IoT devices – you can install the VPN on your router. That way, the whole home will be covered with a VPN and no app will be needed on individual devices as long as they’re connected to the said WiFi.

When you download the apps, you’ll have to sign in to your VPN account before you can start using them. Once you’ve done this, go through your app settings to make sure that you’re happy with how it’s set up.

If you’re new to VPNs, then the default settings will be fine for you, but if you want more customization, there are two key settings you’ll want to consider using. Enable Kill Switch that will drop your internet connection if your VPN disconnects.

Also, enable auto-connect. That way you won’t have to turn on the VPN manually every time.

3. Connect to a server

If you don’t have the quick-connect feature enabled, you’ll have to choose a remote server manually if you want to connect to a VPN. To avoid blackouts on the NBA League Pass, choose a server outside of your region (for local blackouts) or a country that isn’t the US or Canada (for national blackouts).

Watching NBA games on the NBA League Pass is extremely easy and much cheaper if you choose a reliable VPN and subscribe to the League Pass through a country such as India.

There’s no need to pay ten times the amount for the League Pass if you don’t have to. If you’re looking for a short-term NBA fix or just want to explore the apps, most, if not all VPNs have a 30-45-day money-back guarantee, and the NBA League Pass has a 7-day free trial.

Can you watch NBA League Pass without cable?

The League Pass is a standalone app and subscription and doesn’t require any cable subscription to use it. Simply download the app and make an account with a 7-day free trial and off you go.

Are all NBA League Passes the same?

First of all, there’s the US LP, and that one’s the most expensive for any plan you choose. There are also international Passes that have different price points depending on the country. Some of the cheapest ones are India, Argentina, Mexico, etc.

As with most online services, you can save a considerable amount of money if you opt for an annual contract instead of monthly payments. Paying a lump sum is often the best choice as it brings the most savings.

Can you watch NBA for free?

There’s no free lunch, unfortunately. The same goes with the NBA. If you love this game, you’ll have to shell out money for a cable, satellite, NBA TV, or NBA League Pass.

By far, the cheapest option to get your NBA fix if you don’t have a cable already is to get an inexpensive VPN and connect to an Indian server, and then to subscribe to NBA League Pass for around $20 a year.

READ NEXT: Can Hotels See What You Do On WiFi? (VPN On Hotel WiFi)

Can you watch NBA with a free VPN?

A free VPN is never a good choice for whatever reason, let alone to watch NBA. Not only are they not reliable but many of them also sell your data to advertisers and other third parties.

Then there are free VPNs that incorporate ads and still sell your data. Trust me, you don’t need this in your life. It’s far better to pay a few bucks a month and enjoy a safe and seamless experience.

What’s the difference between NBA TV and NBA League Pass?

NBA TV was launched all the way back in 1999 and is the oldest subscription network in North America owned or controlled by a professional sports league. It’s available to more than 50 million pay television households in America.

When the local team is playing and the game is broadcast on TV in the home market, the associated feed on League Pass is blacked out and unavailable for viewing.