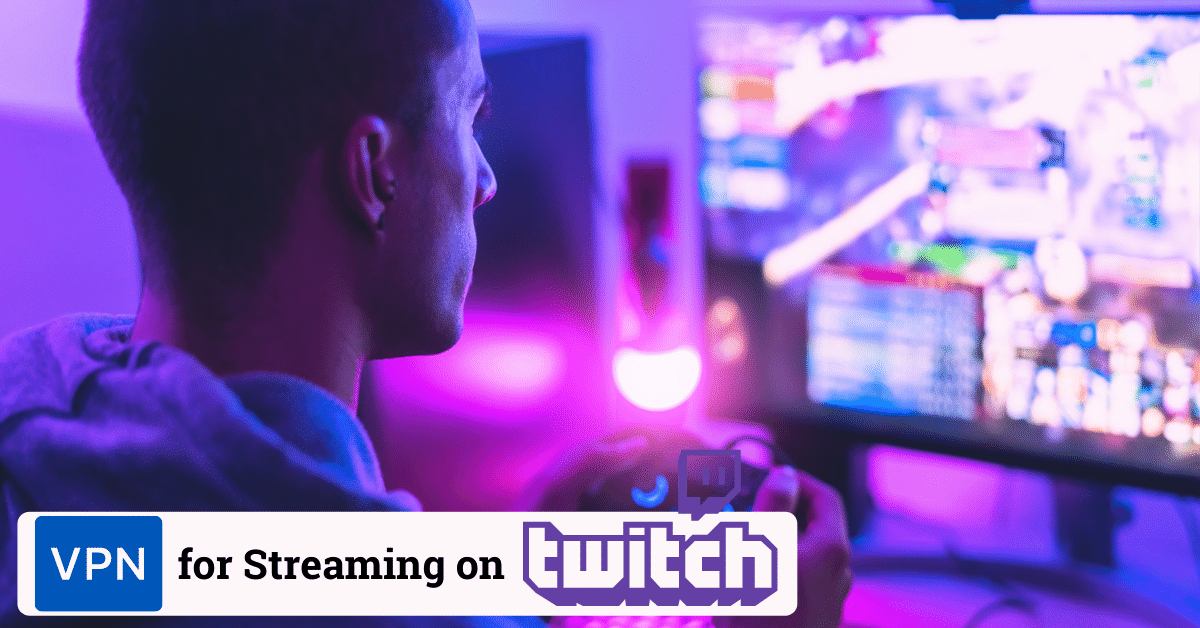 As a resident Twitch dweller, I can assure you that now more than ever people want to give streaming a go. But being the leading platform for streaming all types of content comes with its fair share of privacy issues, some of which a VPN might solve. So is it worth getting a VPN for streaming on Twitch?

Getting a VPN for streaming on Twitch is worth it, however, there is one big downside. A VPN will help you avoid IP leaks, prevent DDoS attacks, avoid geo-restrictions and get around ISP throttling. On the flip side, a VPN will slow down your internet speed which is not ideal when streaming.

But knowing the pros and cons of using a VPN while streaming on Twitch is not enough to decide if you should get one or not. It is important to know that there are other things you should consider when making the decision.

The Pros of Using a VPN While Streaming on Twitch

Starting with the most important one – safety, the biggest implication a VPN can have on the process of Twitch streaming is protecting your data. If you decide against using a VPN, the three major ways that can get your data manipulated are IP leaks, DDoS attacks, and ISP throttle.

You can also see a positive from using VPN in the co-relation between Twitch and geo-restriction. At the time of writing the platform is banned in China along with YouTube and Twitter and had a temporary ban in Russia back in 2018. If you ever have to stream from those locations you can bypass the ban by using a VPN.

If your IP address is leaked, hackers can easily manipulate your data or even know your real identity. This usually happens when you use IRCs (excluding Twitch chat though), accept VoIP calls, click on questionable links, or open messages with pixel bugs.  A VPN will conceal your IP address and thus make it impossible for data to be breached.

Think of DDoS attacks as a huge amount of traffic circulating through a given network that is meant to make it malfunction. They are byproducts of IP leaks. A VPN hiding your address will make you much harder to target. Keep in mind that if your IP was already exposed a VPN won’t stop a new potential attack. You will have to change your IP in that case.

Even if it’s not strictly compromising your data, an ISP throttle is an action your internet provider takes to limit your data usage. Sadly streaming and playing online games are data-intensive by themselves alone, and it’s even worse when you combine them.

So your ISP will limit connection to Twitch to save bandwidth. You might not have problems with other websites, however, your stream will greatly drop in quality due to limited speed.

Here is where, yet again, a VPN can come in handy by deceiving your ISP. It does so by encrypting your data so ISP won’t be able to track what you are doing and thus won’t throttle your speed.

The temporary ban from Russia, and especially the permanent ban from China, left VPN as one of the few workarounds to use the platform during the restrictions. Despite the situation, Twitch is still popular in China and has few very popular streamers on the website.

Due to licensing some of Twitch’s content is geo-restricted as well. If you want to get content such as Twitch Prime VPN is the way to go.

The Cons Of Using A VPN While Streaming On Twitch

When we’re talking about the cons of using a VPN on Twitch one thing stands out and that is internet speed. VPNs by default slow your connection to the internet, which may result in lag spikes, high ping, and just a pixelated viewing experience.

How To Stream Optimally Without Losing Speed?

To even score between staying safe and smooth-looking streams on Twitch you should consider split tunneling. This allows for certain interactions with applications and websites to ignore the VPN protocol and travel directly to their location.

For example, you might want to use VPN for Twitch streaming, but also want to connect to the game servers directly. Split tunneling provides you with the option, however, it is not available for all VPNs. Make sure you research what VPN offers such a service.

The Best VPNs For Streaming On Twitch

Even though it is highly subjective what the best VPN in some do stand out if the sole purpose of getting it is for streaming on Twitch. When deciding on what VPN to get make sure it:

I recommend ExpressVPN for streaming on Twitch.

What Internet Speed Do You Need For Twitch Streaming?

It’s no secret gamers need fast internet. In terms of numbers, anything over 10 Mbps bandwidth should suffice. However, this number is further increased by streaming on Twitch and goes even higher when using a VPN on top of that.

Upload speed is crucial and indicates how fast your device pulls data from different servers. To have better speed consider using the internet through fiber-optic cable and keep in mind that any other devices on the same network pile up on the network’s capabilities.

What Speed Is Recommended For Streaming While Using A VPN?

To calculate this we need to add 10 Mbps to the standard amount of bitrates a VPN uses which is around 10-12 Mbps.

Keep in mind that this number is subjective and can increase or decrease depending on what you do online.

If you are facing any internet problems try to turn off any apps, close down websites you are not using as well as stop any downloads.

What Resolution Should I Stream In?

Before jumping to conclusions get to know your device, internet, and VPN. Even the games you play have a key role in this. Try to run some tests to see how it goes to find out what works best for you.

Since there are many variables a simplified answer would be to stick to 720p with 2000-2500 bitrates if you are not partnered. If you are partnered however go for 1080p and 3000 bitrates. The reason for this is that Twitch is a bit reserved when it comes to its bandwidth usage for anyone who is not partnered.

Every time VPNs were tested for what they can do a positive outcome has come out of that. Streaming on Twitch is no different, other than having some extra layers of tweaks that go into proper setup.

Regardless it’s up to you if the price for a VPN subscription outweighs the price of the security of your data. Not to mention the fun you and your viewers can have. Stay safe online and happy streaming!