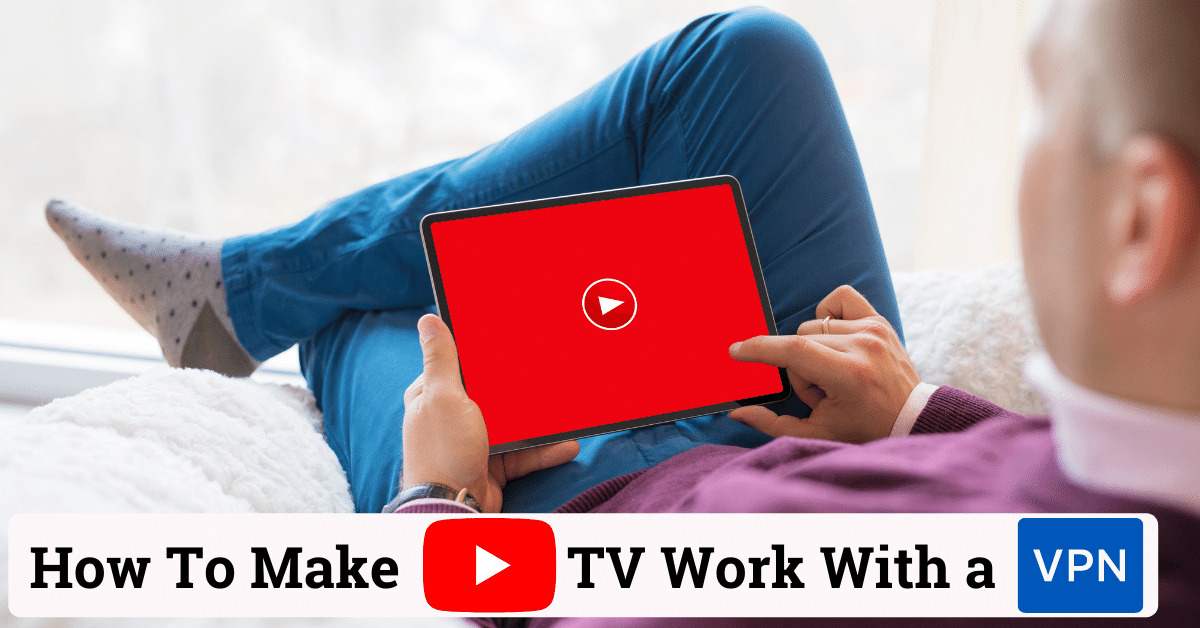 YouTube TV is a powerful streaming service that is appealing, not only to us in the US, but across the globe. However, people soon realize that YouTube TV isn’t working when you’re connected to a VPN even if you live in the US or are traveling outside of the country.

The quickest way to make YouTube TV work with a VPN is to switch to a more capable VPN provider. You can also try using obfuscated servers so that YouTube doesn’t realize you’re using a VPN in the first place.

There are many other solutions to this problem, so keep reading.

How To Make YouTube TV Work (Without Changing VPN Providers)?

Most online advice concerning YouTube TV blocking your VPN suggests that you change a VPN. However, before you switch to a different VPN, there are a few things that you can try to fix the issue of YouTube TV not working through a VPN.

First of all, try resetting your VPN or switching to a different server in the US. If this doesn’t fix the block, try changing ports, or using obfuscated servers that will trick YouTube into thinking that you aren’t even using a VPN.

You can also upgrade to a dedicated IP address that is unique to you and isn’t associated with any VPN and therefore is unlikely to get blocked by YouTube.

As a last resort, try changing the security protocol from your VPNs app or on the home router.

READ ALSO: What To Do When VPN Is Blocked? (The 7 Options)

YouTube TV was designed only for people living in the US. The company has agreed to streaming rights that forbid them to offer the content outside of the United States. For that reason, YouTube is blocking its YT TV app to anyone using a VPN because a person using it could be anywhere in the world.

To avoid getting in trouble with the holders of TV rights, it’s easier for YouTube to outright ban VPNs and not allow people to enter the service even though they’re inside the US or using a server that’s in the US.

How Does YouTube TV Know I’m Using A VPN?

YouTube and other services that block VPNs, such as Netflix, are, first of all, blocking known VPN IP addresses. Although some VPNs have thousands of servers, they are regularly used by tens, if not, hundreds of thousands of people. That’s a clear red flag for YouTube and it’s easy for them to block the IP address.

The company is also monitoring for any DNS and IP leaks that bad VPNs are definitely having and consequently exposing your data and location. If you aren’t in the US, you’re probably going to get banned.

VPN providers are in a constant game of cat and mouse with streaming services that keep blocking their servers. It’s highly likely that this will continue indefinitely or until there’s one definite winner.

YouTube TV is only available outside of the US if you use a VPN that’s reliable and that works with YouTube TV, i.e., it isn’t blocked regularly. Otherwise, YouTube will show you an error message.

There are thousands of VPN providers out there, however, only a few dozen work reliably with streaming services, including YouTube TV. Here are the ones that we recommend as they will work, not only with YouTube TV but also other platforms such as Netflix that is constantly banning less proficient VPNs.

ExpressVPN is one of the most well-known names in the VPN space. With more than 3,000 servers worldwide, you’re bound to find many that work with YouTube TV and other services such as Hulu, Netflix, or Amazon Prime.

Unlike many other VPNs, ExpressVPN is compatible with casting or mirroring content to a smart TV.

The company lets you simultaneously connect on up to five devices and has native apps for all major operating systems. To get the best price, sign up for one of their multi-year contracts that all have a 30-day money-back guarantee.

Find out more in our full ExpressVPN review.

NordVPN has been around for almost ten years now and is one of the leaders in VPN technology with many breakthrough features such as a strict no-logs policy, obfuscated servers, split tunneling, dedicated IP address, double VPN, no data leaks, and many others.

If you’re looking to stream geo-restricted content or programming, you’ll be happy to know that NordVPN can bypass all the limitations. That’s why it’s a popular choice for Netflix and YouTube TV streamers that have encountered VPN blocks with other providers.

NordVPN bypasses restrictions by obfuscating your IP address and preventing your ISP or streaming platform from connecting your internet usage with your account. This means you get uninterrupted service even at peak times and more satisfaction with the service you’re paying (good money) for.

Surfshark is consistently one of the cheapest but fastest VPNs that has thousands of servers worldwide.

Surfshark has an exceptional reputation for providing access to blocked content on streaming platforms like Netflix, where it unlocks 15+ libraries from different countries. Over multiple tests, it reliably unblocks YouTube TV, Disney+, Hulu, Amazon Prime, and BBC iPlayer.

Surfshark took things to the next level with the fact that you get unlimited simultaneous devices with limitless bandwidth so you can stream shows on all your devices without worries.

As I already mentioned, Surfshark is one of the most affordable VPNs. There aren’t any immense deficiencies that would make us wonder why it’s so cheap, so it would be an understatement to say that we’re impressed.

YouTube TV will work everywhere in the US but your access to local networks will vary depending on which zip code you live in. On the contrary, you won’t be able to watch any programs on YouTube TV, that are live or recorded, while traveling abroad.

There are a couple of options though. You can save recordings from your Library to your phone or tablet so you can watch them offline or you can use a VPN that’s known to work with YT TV.

How To Change Local Channels on YT TV?

Changing local TV channels on YouTube TV is easy if you connect with a VPN to a server in another state. Simply choose the state you want to watch the channels in and connect to a server in that particular state. The channels will swap to the area of your server.

As you can see, there are many things you can try to resolve your issue of VPN not working with YouTube TV and vice versa. But mostly it all comes down to having a capable VPN provider that can bypass restrictions put in place by YouTube that blocks your VPN connection.